Why Should You Get Medical Marijuana Evaluations in Los Angeles?

Cannabis is legal for medicinal use in Los Angeles, CA since 1996. SB 420 envisages that a patient willing to rely upon medical marijuana, a) should have one of the listed critical conditions; and b) a licensed physician should recommend its use. Millions of people have received medical marijuana evaluations for relieving a variety of illnesses since then.

Los Angeles County is one of the largest counties, and it houses the largest population of all the counties in the USA.  Its over 10 million residents account for about 27% of California’s population. This County has a high cost of living. About pollution, Los Angeles has the highest ozone levels.

Los Angeles is America’s one of the most stressful county. About 20% of the population has stress, anxiety & depression. According to some recent surveys, most of the people are stressed either due to their health conditions or of their family members.

According to a study-survey report released by the American Psychological Association, about 75% of adults experience stress. Besides adults, stress is also a major health concern for teens.

About 55% of people don’t have a health insurance policy.  This reason is also a great contributor to their stress. Further, about 66% of people said that they remain under stress due to high medical treatment costs.

Majority of the patients take a variety of medicines, including anti-anxiety & antidepressants to rid of stress-related sleeping disorders, anxiety & depression. These medicines rank among the most used medicines in Los Angeles.

Some earlier study reports published in the Journal of Clinical Psychiatry also read that doctors don’t diagnose more than 25% of patients before prescribing these medicines.  A large number of such patients also have other critical issues like BP & cardiovascular disorders.

In general, most of the patients who use anti-anxiety, anti-depressants, and other medicines for treating these conditions get more side effects than they get relief. How the most widely used conventional medicines multiply the health-problems of millions of people?

Stress & anxiety have some common conditions. Both give the patients sleeplessness, mental-worry, irritating behavior and exhausted body. The patient fails to focus and complete even a small task. The brain of the patient remains diverted and engaged with useless thoughts. By using antidepressants and anti-anxiety medicines, the patient usually incurs a headache, heaviness of the head, constipation, irregular pulse rate, and many more additional conditions. 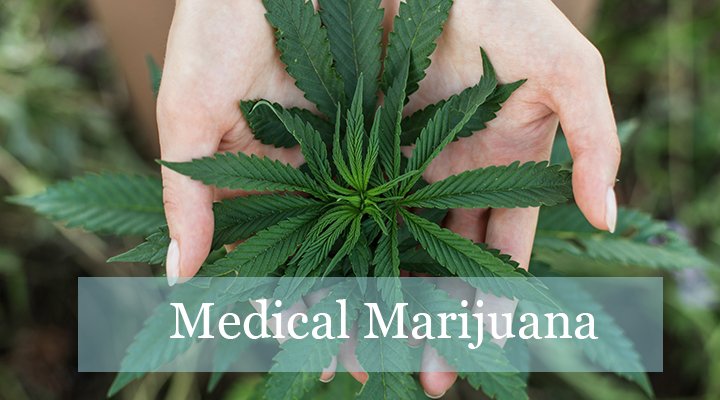 The NCBI, US National Library of Science, National Institute of Health in PubMed.gov’s published a report on  “Antidepressant-like and anxiolytic-like effects of cannabidiol: a chemical compound of Cannabis sativa”( 2014;13(6):953-60.). The report suggested that CBD, an important constituent of cannabis, carries great psychiatric potentials. It has anti-depressant-like & anxiolytic-like medicinal properties.

Experiments with the CBD exhibited non-activation of neuro receptors CB-1 & CB-2. Studies revealed anti-depressant & anti-anxiety effects of the CBD. Further experiments of CBD on animals showed its interaction with Serotonin 5-HT  and Serotonin 1A neuroreceptors. Stress, anxiety & depression are deeply associated with both these neuroreceptors.

Why To Get Medical Marijuana Evaluations in Los Angeles?

Even though cannabis is legal, using it under medical marijuana evaluations in Los Angeles, CA, is beneficial in more than one ways.

1.    Adult patients of 18 can use medical marijuana whereas the lower age for recreational use is 21.

2.   When used under medical marijuana evaluations, an expert & qualified physician diagnoses you.

4.   Cannabis has over 500 varieties. Their chemical contents vary from strain to strain. Each strain behaves differently and is useful for a specific condition. When you use it on your own, it’s quite possible that you may be using a strain which is lesser useful for your conditions. 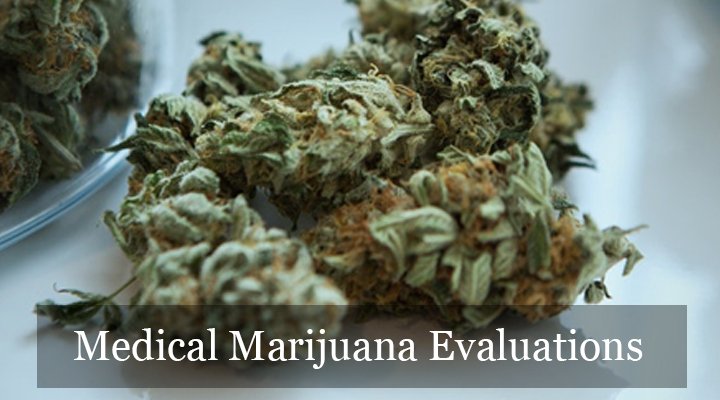 ·         It works with our natural endogenous mechanisms collectively and relieves stress, anxiety, depression & other neurological disorders.

There is strong & ever-growing evidence that cannabis is potentially useful in treating several conditions. Patients can rid of numerous critical conditions if they use it under medical marijuana evaluations by a physician.

In light of the COVID pandemic, we advise all our patients to see a doctor online instead of visiting the clinic. Help us flatten the curve by opting for an online 420 evaluation.

"The process of marijuana evaluations at Online MMJ Los Angeles is very simple and quick. Just signed up my account and they connected me to a specialist doctor in minutes. They sent me the soft copy of my marijuana recommendation in the email."

You will receive your medical card in PDF format in 10 minutes by email. An embossed hard copy is sent by mail.